Grading as a launch pad

Grading... I have yet to meet a teacher who got into the profession because they love grading.  Maybe part of the reason grading it is so atrocious is because it's done wrong. I use to hate it because it was not a meaningful part of my classroom. I started asking questions like, 'what if grading actually made learning improve and my teaching more focused?'  Now I'm there. It was a slow discovery for me but once I found standards based grading I knew I had found a better model.

To start thinking about grading consider this:  The widely accepted A-F grading system has been around since 1897.  16 years after its creation people were already starting to question it.  "School administrators have been using with confidence an absolutely uncalibrated instrument.... What faults appear in the marking systems that we are now using, and how can these be avoided or minimized?" Finklestein wrote this in his book The Marking System in Theory and Practice in 1913.  Unfortunately we are still asking his same question today. It's been 116 years of little to no change. Why fix it if it ain't broken? I agree it's not broken, but it's certainly not best either. From Apple's IIe to Apple's iPad took 31 years, but they could have just stuck with the IIe because after all, it wasn't broken. Lack of progress in education is not real world.

What is a grade anyway?  That depends who you are asking.  A letter grade lets a student know how "good" they are in a subject.  A letter grade lets a parent know their child's strengths and weaknesses.  A letter grade is what a teacher gives out based on the system they have set up in their classroom.  That system is different for every teacher.  Imagine you are a student in the middle school and you have seven teachers who all grade differently.  We get tired of kids asking, "Is this for points?" and "how many points is this worth?", but seriously, who can blame them?  That is a lot of different evaluation systems to keep track of.  If the grade is everything... 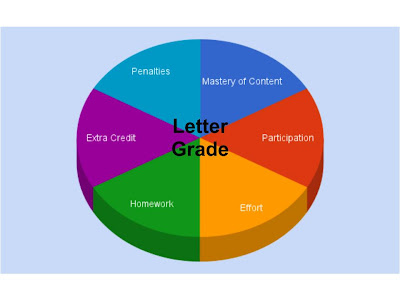 ...then it is nothing.  If you have a class where the letter grade looks like the pie chart above and you get a "B" what information would that letter really tell you?  I know what you're saying, your grading probably does not look at all like the pie chart.  There are some pieces that are only 10% and some pieces you don't even include. This is evidence that you are thinking about what a grade really is.  At the same time as long as you have more than one piece in your grading pie chart you are still going to have students asking, "Is this for points?"  and "how many points is this worth?".  Those questions wear on us because this means that the student really doesn't get the point of the assignment/project/practice.  We cringe at those questions but yet we hand back papers with 21/25 and 8/10.  If it's not about the points then why do we communicate points to our students?
Grading can contribute to the learning going on in a classroom if the letter grade is meaningful information.  In order for a grade to be meaningful it has to be about one thing.  If the letter grade is a piece of data showing a child's understanding then grading should be entirely on mastery of content.
Wait that would mean a pie chart that looks like... 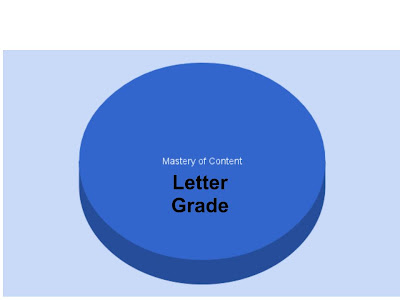 ...yes, that is what it would look like.  This spawns other questions such as: If the grade is a piece of data all about mastery of content how will I get students to ____________________? (exert effort, do homework, participate, go above and beyond, not cheat or plagiarize, turn things in on time, etc.)  Those are all very good questions.  However, if your classroom is set up with the grade on a stick approach and you are simply leading students through hoops with the letter grade as a reward you may need to re-think more than just your grading. This is what happened to me, and this is why grading is the launch pad.

Letter grades are an extrinsic reward. They are a lens that students view themselves through until the next report card gives them a different lens.  The ideal system would not have letter grades but instead have cycling feedback on specific goals.  This is not the world we live in. Parents, and higher education want letter grades.  At the detriment to the child a grade is an easy branding to make decisions on.  While there is not a perfect grading system we cannot use that as an excuse not to think about it.  Standards Based Grading is the closest to the ideal model there is for now.  While my classroom grading is not the textbook definition of standards based I can tell you that it is much more accurate in revealing what a student really knows and understands than the points based grading model.  My next post will be about standards based grading, how it works in my classroom, and has led me to other changes.  I'll leave you with a question.  What does a grade in your class mean?
Posted by Unknown at 1:57 PM No comments: 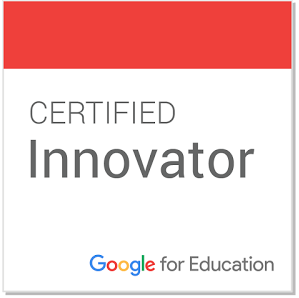 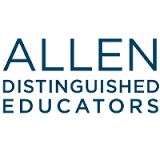